I recently had my first mentoring session with Ben Sadler. Ben is an artist who, alongside his own practice, works collaboratively with Phil Duckworth as Juneau Projects.

As this was our first mentoring meeting it was an opportunity to talk to Ben about my practice so that he could get to know me and my work, whilst better understanding my intentions with the fellowship.

I talked about how I’d been thinking about the connection in my mind with the way Dom Breadmore had spoken (during the residential in November) about inputs and outputs in technology, and how I’d been considering the body as a system of processes – a machine even, also with inputs and outputs. I had been thinking about how the body works in a very similar way to the electronic circuits we had made with the Teensy. When discussing this Ben mentioned that the body itself has an electric current and that it is also a conductor of electricity. This reminded me of a conversation I had had with Dom about using conductive thread stitched into my skin, like the sutures or hair that I had used in my work previously. The thinking behind this was that there would be a part of the body that would be even more conductive and could somehow create an output triggered maybe by proximity. Whilst discussing this with Ben he mentioned the Theremin; an electronic musical instrument controlled without physical contact by the thereminist (performer). What I really enjoy about the Theremin is that it makes the space between seem tangible. The space between the Theremin and the hand is active, whereas so often when the body is performative the body is the point of focus. With the Theremin invisible energies become notable, and we connect to them through the act of listening as well as watching. The space we occupy is easy to not notice, but for me when I am making installaction / durational works, the space is as important as time or materials. Even if there are spaces in the room where there is seemingly nothing / emptiness – it will be because I am using emptiness as a material. 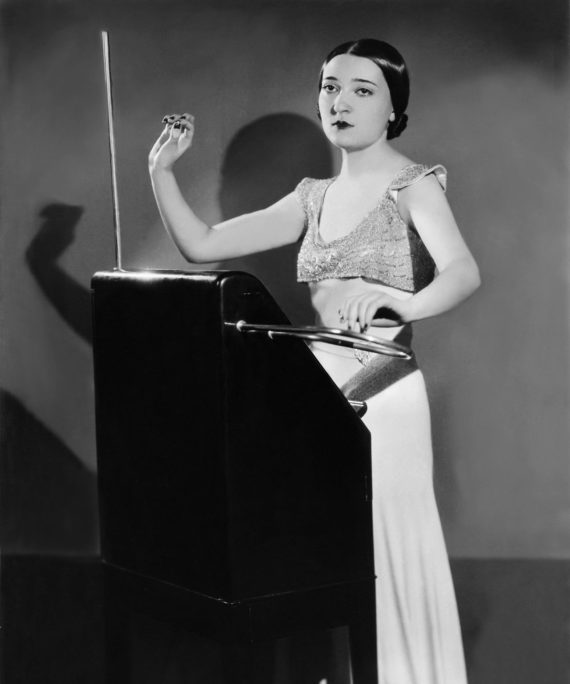 As the conversation with Ben developed I realised that I was hoping to create a large circuit through installation and action, and that my body could/would be an extension or part of that circuit.  When talking about Following IN//Footsteps OF Ben pointed out that through that work I had in fact created a circuit. The repetitive action, the dragging of the shoes behind me as they were sutured to my ankles, the sound of the bottle of milk increasing in pitch as the milk spilled whilst it was dragged between my legs and anchored within my vagina, the holding up of my arm until it wasn’t possible; this entire cycle of action was a circuit of inputs and outputs. I suppose what I hope to do is to introduce technology to that method of making. Through discussions there are lots of opportunities to introduce tech, but it is a question of where / how would it be relevant. I must remember that it is important for the work to be led by the concept opposed to the tech; i.e: I must make sure that I am not shoehorning tech into my work. It is my hope that whilst experimenting with tech that the horizon of my practice will be widened and that I will find a method that will add to the conversation within my work, opposed to just including tech for the sake of it. 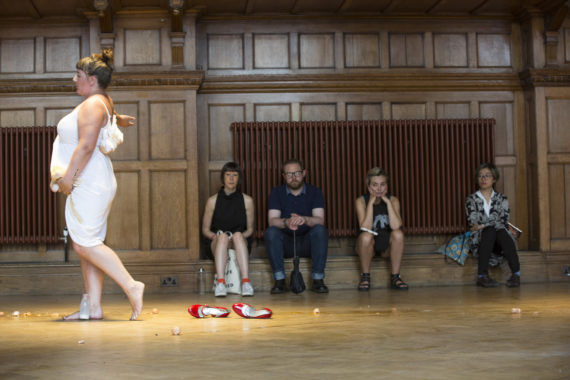 I suppose the anchor point for this fellowship is that I want to experiment with a different way of engaging with the body. I want to use technology to see what my body can produce, whether that is sound, or data… to be honest I have no idea what my body may produce, but my main point is that I am hoping to discover new ways of working through this experimentation. I feel that it is the sort of thing that I need to just play and experiment to find out what could be possible. By trying to predict the outcomes I would be limiting myself and boxing in my practice.

As a starting point for my bodily collection through tech I aim to experiment with sound. Using various methods of collection I hope to give my body a voice – although not a vocal one! It is more about creating soundscapes through my body. This will allow for me to learn some tech skills whilst providing me with some material to experiment and play with.