The Randomstring Festival was the only festival I’d heard of that solely existed for digital and interactive technologies. For the first time I experienced mechanical techno, Ableton, live coding performances, and had presentations from Tine Bech and Graham Dunning about how they use such mediums in their own practices. The festival started at 6pm in Coventry city centre, and during the day from 10am – 4pm, I had been to the symposium at Warwick Arts Centre. The festival stretched across over 10 venues throughout Coventry.

Graham Dunning’s performance was one of the most memorable for me. I had not heard of mechanical techno before and the idea of using physical equipment to translate into sound and noise, rather than using only online software, excited me. The theory of aleatoric music is when part or all of the composition is left to chance. I had previously investigated this methodology on a National Trust residency at The Firs, formally The Edward Elgar Birthplace Museum in Worcestershire, so to see it recycled beyond John Cage was interesting. The act of physically spinning a vinyl and using the spinning motion as an opportunity to attach nuts, and bolt to kick contact mics, and using white tape against the black vinyl and small reflective shapes on top of the spinning vinyl to trigger a light sensor, left the form of the sound to chance using only guessing and judgement as controlled measurements. The pressure of Graham performing gave the possibility of ‘fail’ elements. The performance was a continual one hour set, and the beginning of the performance was chaotic and reminded me of Anton Von Webern’s 12 tone serialist “Kinderstück” (watch here). Human eats do not like chaos, and in response to Luigi Russolo’s Art of Noise, Graham, with the advent of machinery, created logical consequence of marvellous innovation. Mechanical techno reigns supreme over human sensibility, and with a 4/4 beat operated by the kick on the contact mic by the nut and bolt on the spinning vinyl, the simultaneous union of different sounds came at once with some random dissonance. Then would come sounds fashioned into chorus; a performance of mechanical techno. 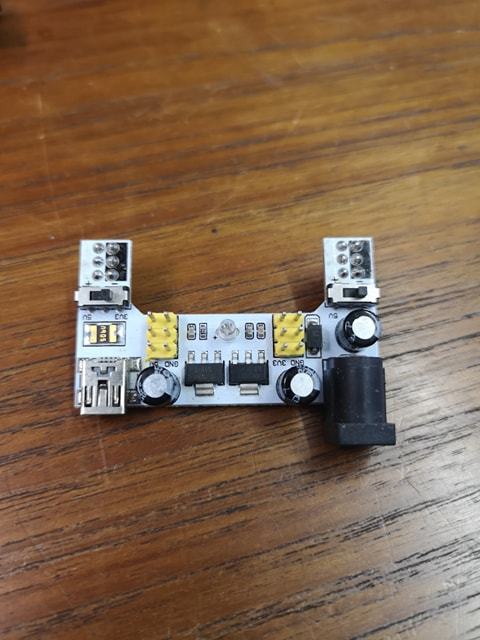 The tutorial with Dom Breadmore focused on understanding the function of a breadboard (a hardware that conducts signals from one source to another), an Arduino Teensy (a multi-library microcontroller designed to input and output maximum capabilities ), and an Arduino Shield (a pluggable board to extend the signal input and outputs to other Arduino boards). As I am learning about these new technologies, I am reflecting how they may aid the interaction between my work. With my last body of work, Flesh Party, the vibrissae reacted to sound frequencies. Now I am understanding the facilitation behind new equipment, I am beginning to consider how I can make the vibrissae react to human touch using Bare Conductive touch board and electric tape. This is something I will explore more with Phil Duckworth on our mentoring sessions. 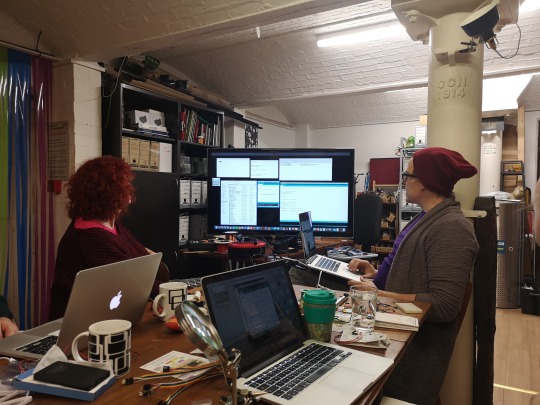 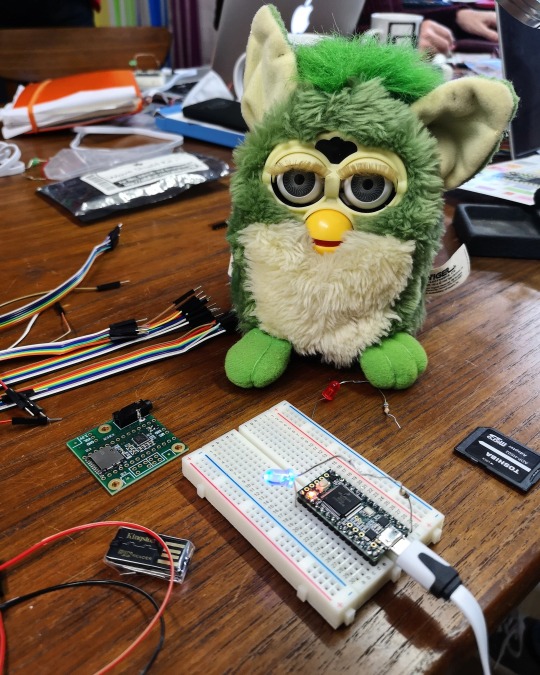